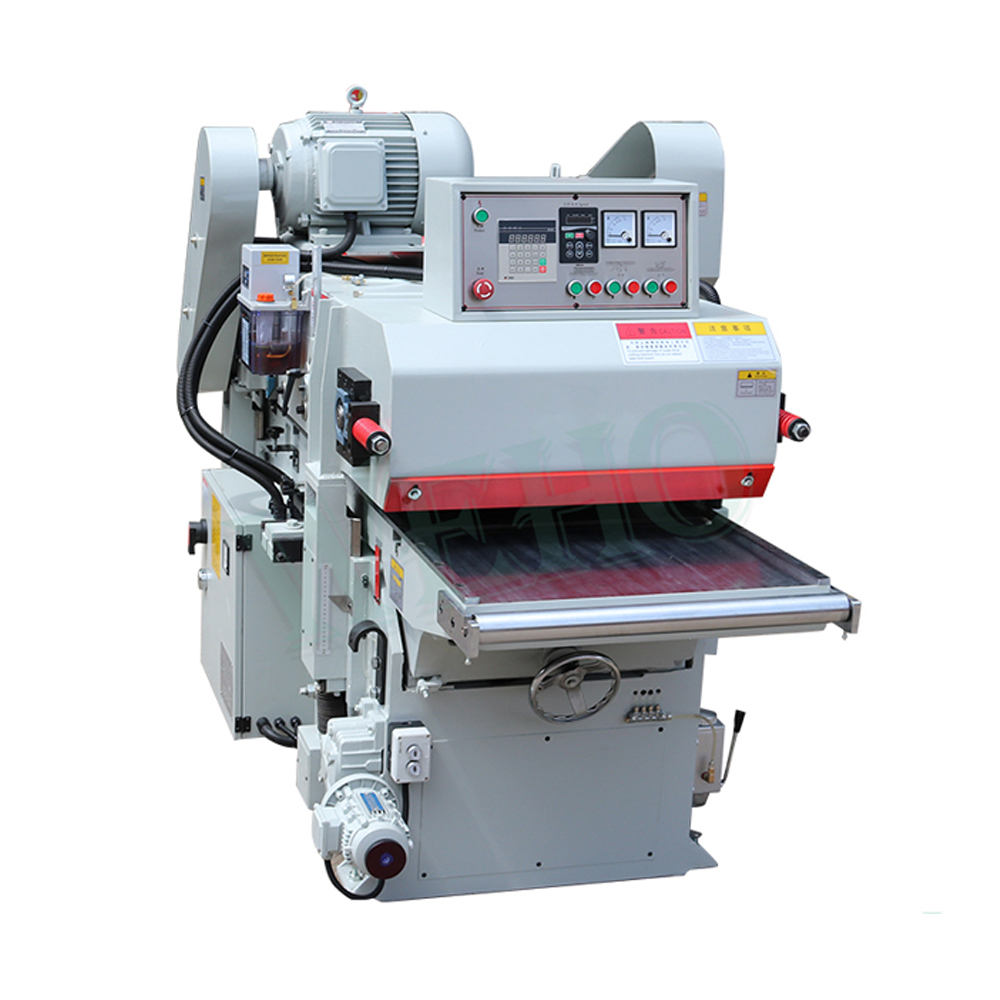 1. It is controlled by a stepless speed regulation system, which can easily adjust the grinding speed suitable for grinding various parts. Adopt electric-pneumatic proportional valve closed-loop feedback pressure control, which can independently control the pressure device. The upper plate is equipped with a slow-down function, which effectively prevents the thin and brittle workpieces from being broken.

2. Through a time relay and a grinding counter, the grinding time and the number of grinding cycles can be accurately set and controlled according to the processing requirements. The pressure mode can be adjusted during work, and when the grinding time or lap speed is reached, it will automatically stop and give an alarm, realizing semi-automatic operation. By increasing the thickness of the grating ruler, a closed-loop control is formed. When the set thickness is reached, it will automatically stop and realize online control of production.

3. The host is driven by a speed-regulating motor, equipped with a high-power deceleration system, soft start, soft stop, and stable operation.